Giving Your Patients the Best Hospice and Palliative Care

Trail Winds Hospice offers your patients a unique care that improves comfort and quality of life. Our adult and pediatric hospice and palliative services includes a variety of services and support for the patient and their family. 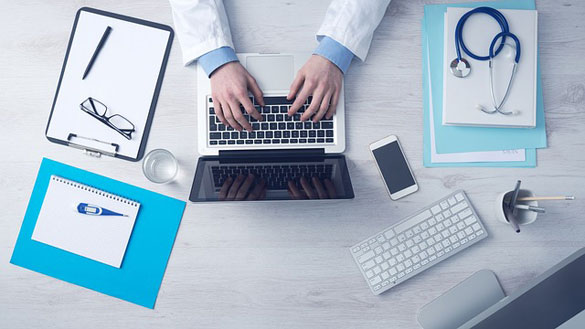 Medicare coverage of hospice depends on a physician’s certification that an individual’s prognosis is a life expectancy of six months or less if the terminal illness runs its normal course. This policy describes guidelines to be used by Home Health & Hospice (HH&H) MAC in reviewing hospice claims and by hospice providers to determine eligibility of beneficiaries for hospice benefits. Although guidelines applicable to certain disease categories are included, this policy is applicable to all hospice patients. It is intended to be used to identify any Medicare beneficiary whose current clinical status and anticipated progression of disease is more likely than not to result in a life expectancy of
six months or less.

Clinical variables with general applicability without regard to diagnosis, as well as clinical variables applicable to a limited number of specific diagnoses, are provided. Patients who meet the guidelines established herein are expected to have a life expectancy of six months or less if the terminal illness runs its normal course. Some patients may not meet these guidelines, yet still have a life expectancy of 6 months or less. Coverage for these patients may be approved if documentation of clinical factors supporting a less than 6-month life expectancy not included in these guidelines is provided.

If a patient improves or stabilizes sufficiently over time while in hospice such that he/she no longer has a prognosis of six months or less from the most recent recertification evaluation or definitive interim evaluation, that patient should be considered for discharge from the Medicare hospice benefit. Such patients can be reenrolled for a new benefit period when a decline in their clinical status is such that their life expectancy is again six months or less. On the other hand, patients in the terminal stage of their illness who originally qualify for the Medicare hospice benefit but stabilize or improve while receiving hospice care, yet have a reasonable expectation of continued decline for a life expectancy of less than six months, remain eligible for hospice care.

Documentation certifying terminal status must contain enough information to support terminal status upon review. Documentation of the applicable criteria listed under the “Indications” section of the LCD would meet this requirement. If other clinical indicators of decline not listed in the LCD such as psychological and spiritual factors form the basis for certifying terminal status, they should be documented as well. Recertification for hospice care requires the same clinical standards be met as for initial certification, but they need not be reiterated. They may be incorporated by specific reference as part (or all) of the indication for recertification.

Documentation should “paint a picture” to clearly see why the patient is appropriate for hospice care. The records should include observations and data, not merely conclusions. However, documentation expectations should comport with normal clinical documentation practices. Unless elements in the record require explanation, such as a non-morbid diagnosis or indicators of likely greater than 6-month survival, as stated below, no extra or additional record entries should be needed to show hospice benefit eligibility

The amount and detail of documentation will differ in different situations. Thus, a patient with metastatic small cell cancer may be demonstrated to be hospice eligible with less documentation than a chronic lung disease patient. These situations are obvious. Patients with chronic lung disease, long term survival in hospice, or apparent stability can still be eligible for hospice benefits, but sufficient justification for a less than six -month prognosis should appear in the record.